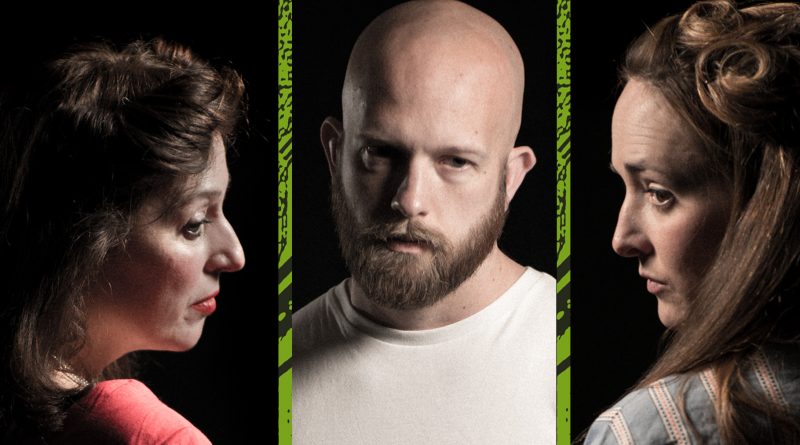 How full of riches this play is: poetically heightened language, intense emotions and enthralling, psycho-sexual, narrative. It also has a setting of unique charm: the faded French quarter of mid twentieth century New Orleans, where live jazz and blues are the background music to city dwellers’ lives. Tennessee Williams is a distinctive voice in American Theatre and Streetcar is his masterpiece.

Quite a challenge for the KLP, under the direction of Graham and Louise Ford, to realise all this. Having been asked by Mike Crow to do a writeup for the Bulletin, I approached the Friday performance with a degree of trepidation – in case they didn’t pull it off. Thankfully they did.

The set design was the first big ask: how to cram into the confines of the community centre stage a multilevel set containing a street, outside area, living room, kitchen, and bedroom, plus a spectacular set of wide steps leading up to a first-floor veranda – without it all looking cramped and bitty? Sally-Anne (décor and furnishings) and Ron (structure and space) rose to this challenge triumphantly. There was hardly a solid wall; pale grey slender wooden framework and a floaty white muslin curtain defined the different spaces. The few pieces of furniture in the two-roomed apartment were delicately shabby and timeless, with the opulently dressed bed dominating everything. All elegance, fragility, and sensuality – an environment befitting both Blanche’s elusive character and the tender, tricky relationship between her sister Stella and brother-in-law Stanley.

The central four characters were strongly cast. The dominating presence is, of course Blanche Dubois, a magnificent wreck of a character. At first sight completely exasperating in her snobbery and pretensions; finally, pitiable and gallant as the layers of invention are stripped away by Stanley’s ruthless denunciation. Carolyne gave a performance of complexity, depth and compassion. And she was funny too: spot on comic timing with the parrot joke and she delivered Blanche’s assessment of Stanley as a throwback to the stone age with vindictive wit. Streetcar’s other stand-out character is Stanley Kowalski, famously the role that turned Marlon Brando into an overnight sensation. I was very impressed by Mike Jenkins’ performance in Mojo as the psychotic Baby so was keen to see what he would make of the taunting, troubled, violent Stanley. Again, Mike was impressive: he gave a convincing study of simmering combustion and brutish masculinity but also of unexpected tenderness. (A pity that Mike couldn’t bring himself to sacrifice his hipster beard, with his shaven head it struck an anachronistic note.) He was ably partnered by Sophie in the contradictory role of sweet and sassy Stella, devoted to her fantasising sister and content in her marriage with an occasionally violent man. There was real warmth and chemistry in their relationships. Mike Crow was the genial and gentlemanly Mitch, hoping to fan the flames of mid-life love with Blanche. A nuanced and touching performance from Mike. Anna, Sean, Robin, Sylvia, Jamie, Mary and Michael played the small supporting roles that fleshed out Blanche’s story with relish, energy and humour.

As for the other production credits. The costumes were appropriate and pleasing to the eye, especially Blanche’s wonderful array of outfits (I’m particularly thinking of that grotesque, half falling off ballgown.) And Ron’s magical lighting and rich soundscape of jazz and blues tracks created an authentic atmosphere.

Just a couple of criticisms. The rape scene wasn’t convincing due, I think, to the fact that Blanche was prone on the bed and you i.e. the audience couldn’t see her face as Stanley came towards her. We needed to see her anguish. (She could have crawled backwards, up towards the pillows in a desperate attempt to get away.) And the scene changes were slow and disrupted the flow. The play is a long one. Judicious cuts to the text might have been in order. And I don’t think the symbolism of the old Mexican woman came across in Kings Langley – she also was a visual distraction in the important and highly emotional scene between Blanche and Mitch. The audience at the performance I saw was very forbearing of the discomfort provided by the Community Centre chairs, and there was no fidgeting. They were utterly absorbed, which is testament to the commitment of all involved. Thank you, Graham and Louise, for providing the KLP with the opportunity to tackle this great play.